If your kid loses phones over and over…do they need to have one? 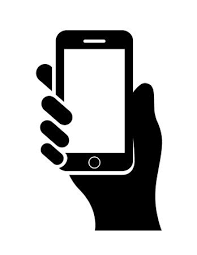 Dear Ms. Smartphone: My son, age twelve, just came home from day camp and when we checked his backpack, his phone was missing. This is the third time he has lost a phone this year. I like him to have a phone so that we can stay in touch, but this is getting ridiculous. What do you think I should do? Phoebe, Fairfax

Dear Phoebe: There are a couple of ways to approach this. You could text him every hour to remind him to guard his phone and turn on its GPS to track the location. But seriously, first ask, is he losing other things too, say hoodies and lunchboxes? If so, consider mindfulness training. Or, maybe, as this mom suggests, a smartphone is just too dear, and too much of a responsibility for many kids.

It’s expensive to keep replacing smartphones, so there are at least two alternatives: get your son a prepaid phone that comes with limited minutes, or have him wear a watch that just receives messages and texts.

But, before you consider either option, step back and consider why a twelve year old needs to carry a phone at all times. Did you know that kids are safer now in public than they have ever been? The rate of kidnappings, abductions, and other horrible things is infinitesimally small. As a parent, you should know where your twelve year old is at all times. Since it’s summer, and he’s at day camp, consider forgoing the phone, at least until school begins. That short abstinence might be a sufficient lesson to be less forgetful!